It’s no secret that reefs worldwide are under pressure from threats like climate change, ocean acidification, sedimentation, overfishing, and pollution from industrial and agricultural activities.

But did you know that one of the growing threats to our reefs lives in your beach bag?

Sunscreen, or more specifically the chemicals found in many sunscreens, are contributing to coral bleaching and the subsequent death of our coral reefs.

In a 2008 survey, researchers at Italy’s University of Marche estimated that 4,000 to 6,000 metric tons of sunscreen wash off swimmers annually in oceans worldwide, and that up to 10 percent of coral reefs are threatened by sunscreen-induced bleaching (source).

How Does Sunscreen Damage the Reef?

These chemicals cause the viruses to replicate until their algae hosts explode, spreading the viruses into the surrounding seawater where it can infect adjourning coral communities.

Zooxanthellae provide coral with food energy through photosynthesis and contribute to the organisms’ vibrant colour. Without the algae, the coral bleaches, turns white and dies.

According to the study, the effect is not dose dependent. This means that the exposure of coral to a very small dose of sunscreen is enough to produce a cascading effect.

What Can You Do?

One of the simplest ways you can continue to enjoy the ocean without frying to a crisp is to choose a reef-safe sunscreen.

These sunscreens use physical filters like zinc oxide or titanium dioxide, which reflect rather than absorb ultraviolet radiation. The bonus is that reef-safe sunscreens are generally also natural and eco-friendly sunscreens.

At Sustainahome we use, and recommend, Eco Logical Sunscreen. 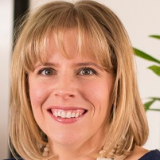 Comments will be approved before showing up.

Stay In the Loop!

PLUS the inside scoop on new products, secret sales and free resources to help you eco-fy your home...